There is no such thing as a perfect first draft.

Ernest Hemingway, prolific writer of the 20th century, had some truly great writing wisdom. One of my absolute favorite Hemingway quotes appears in the 1984 memoir by Arnold Samuelson titled, “With Hemingway. A year in Key West and Cuba.” Apparently, Ernest told Samuelson that “the first draft of everything is shit.” Why do I like this snippet of dialogue so much? Because it is a simple bit of brilliance that often goes overlooked by aspiring writers.

It is the first draft that trips up many amateur writers. To be sure, it starts off on a magnificent note. All at once, you are thunderstruck by an idea. You spend weeks, months, maybe even years writing your brimming heart out with an unshakable faith that this is it, the next great American novel, your ticket to a publishing contract and a loyal fan base. At long last, your dream is in sight. When you’re finished, you reward yourself with a Malibu Bay Breeze (or four), a ridiculous-sized sundae, or a shopping spree. You take a few weeks off to bask in well-earned glory, then begin the rewrite.

And that’s when your heart sinks like a stone cast into a murky lake. The more you read, the more panic-stricken you become. Your masterpiece, your beloved, your precious, is a mess. Not a chocolate-chip-pancake-that-fell-on-the-floor-as-you-were-flipping-it mess either. Actually, it’s more of a train wreck. It is off the track at best, and twisted into only a bizarre semblance of a story at worst. 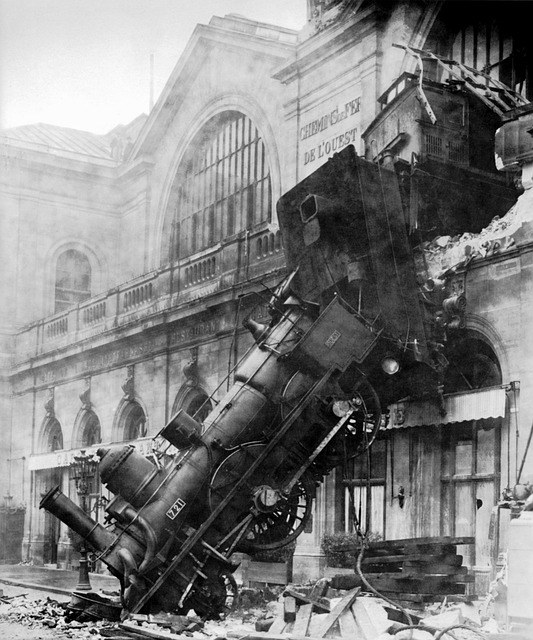 All right, not all first drafts are that atrocious, but you understand what I am getting at. Feeling helpless and ashamed, you wonder how on earth you can repair this disaster of the written word. That feeling, that “sinking feeling,” builds and builds until you start to believe the worst, that your manuscript cannot be salvaged, and it would probably be in the world’s best interest if you ceased writing now, lest you burn an unsuspecting reader’s eyeballs with your God-awful rubbish and cause them to swear off books forever.

That’s when you need to take a deep breath and remember Hemingway’s quote. It’s why you should print it out and tape it to your laptop before you even type “Chapter One.” There is no such thing as a perfect first draft. No writer has ever written one and no writer ever will. The first draft is that first coat of nail polish that is streaky and uneven. The second draft is the second coat that evens it all out, takes it from “meh” to “glam,” earns compliments, and makes the time you set aside to do it worthwhile. No real writer escapes this part of the process. None of them.

So do not hit delete. Do not set fire to your pages in a display of drama and roast marshmallows over them while you sob over your incompetence. The prospect of turning coal into a diamond is a daunting one, and it may take a third or even a fourth draft to fashion your creation into a marketable product. But rest assured, it can be done. You have as much of a chance of becoming a bestseller as any other writer.

Do not fear the first draft. Save the marshmallows for the smores you’ll make with your friends when your book is truly finished.

I am a longtime writer aiming for publication in the not-too-distant future! I enjoy writing about love in days long past, walking a line between historical fiction and historical romance. Currently working on the second draft of my novel set during the French Revolution. Follow my journey here and on Twitter and Facebook. Twitter: kmoscatello@kmoscatelloauth . Facebook: K.A. Moscatello, Writer View all posts by K. A. Moscatello

One thought on “Hemingway Was Right: The First Draft Really Is Excrement”